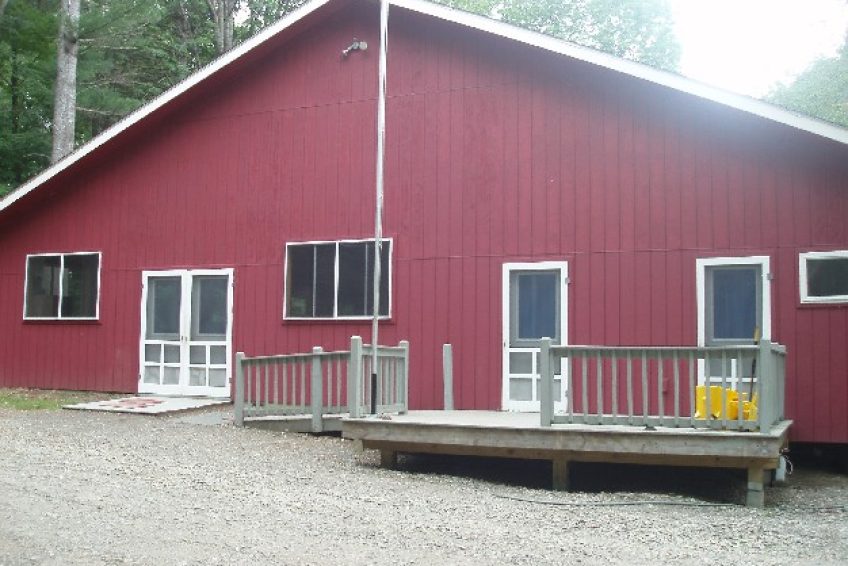 In 1986 the Maine Baptist Association in partnership with the New Hampshire Baptist Association assumed ownership of 52 acres of farmland on the Sandy River in Farmington, Maine. At the time of this acquisition an old colonial home was the centerpiece of a property that also included an attached shed and carriage house along with a detached barn and country store. The old colonial home was built in 1790 by Moses Chandler, a veteran of the Revolutionary War and an officer under George Washington. The property was subsequently owned by descendants of Moses Chandler including a Dr. Mary Cushman, a medical doctor and missionary to Africa.

When the general store was renovated and converted to a church sanctuary the building was renamed Cushman Chapel in recognition of her years of Christian service. The colonial home, known to local historians as the Moses Chandler House, has eight rooms, five working fireplaces and has been painstakingly restored by Earl and Carole Edgerly who served as the First Resident Managers of the Conference Center. Earl also served as pastor of the Farmington Baptist Church (SBC) which meets in a building they built on a ten acre lot that the Conference Center deeded to Farmington Baptist Church in 1997.